Dr Mohamad Fazli said 'Smart Money Kit', a translated version from the original Money Smart Kit: Smart Money Smart Kids, was the first of its kind in Malaysia which originated ffrom UPM research, and  suitable for the development of children, aged six to 12 years.

“It features 10 amusing interative games where each game is organised in phases so that children can master the topic well according to their interests, abilities and skills,” he said.

The accolades were also presented to Assoc. Prof. Dr Zuriati Ahmad Zukarnain from the Faculty of Computer Science and Information Technology (FSKTM) for her research and success in developing a web-based software system, known as ‘Quantum Communication Simulator’(QuCS), which could help speed up and simplify the process of modeling the actual quantum experiments.

The software system, known as ‘web as a service’ is helpful to users from all over the world as long as they have internet access in modeling experimental quantums and quantum communication simulations.

Both products were also the results of a joint research with Putra Science Park through Innohub programme, and had obtained intellectual property protection, together with some 1,800 other researches, many of which were ready for commercialization. 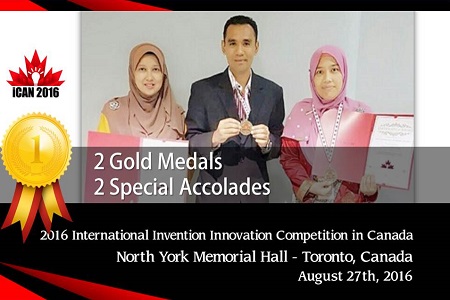